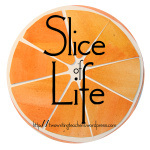 Today was the first of two days for first semester parent-teacher conference. I know we are really lucky to have two full days for this! Our school made the decision to include students this year (yahoo!) and conferences were about two weeks earlier than usual, so there was a bit of frenzied preparation to get this all to be a positive reporting experience.

Today I had 14 conferences scheduled, so a busy day indeed. Tonight I am tired, but so very happy. Today was truly a learning celebration. It was great to see our students sharing their growth and goals with their parents. The third graders had a clear understanding of their strengths and needs as they talked their parents through their lives in third grade. Students excitedly shared their stories, their reading life, their progress in math. I saw more than one parent wipe away a stray tear of pride. It was humbling to watch students translate for parents. It was fun to share stories of successes and hear tales of how learning is carried over at home. Some of the students receive direct support from our EAL coteacher and the look of awe from the students when she shared thinking prompts for their parents in their home language was moving. We are asking all of our students to do so much as learners and our EAL students have the extra challenge of doing this all in a language they do not speak at home. While preparing for conferences is a lot of work and the days are long I appreciate this opportunity to help build bridges with families. It is important to have the time for parents to share in their child’s schooling and opportunities like this make this happen.

Tomorrow I will finish up this round of conferences but I know that the bridges we built today will benefit our learning community throughout the rest of the year and beyond.

The Power of Read Alouds

I prepared myself for all the emotion of reading the last chapter of Stone Fox. “I have read the book before, even read it to last year’s class, ” I told myself. “I don’t need to cry this time. I know what is going to happen. I can brace myself for the shock,” I tried to convince myself. There I sat with my class of third graders gathered around me. There was an audible gasp when it came to the line where Searchlight’s heart burst. The buzz started, “You mean she died?” a few asked.  “Is that real, did she really die?” another voice called out. And then it happened, I could feel the hot tears brighten my eyes and seep out the edges. “Are you crying?” a small voice asked. “Look, she is crying,” two students in the back were shocked. Somehow I got through the rest of the chapter after tearing up a few more times. After a minute for us all to recuperate a bit we began to reflect.

Somehow I got through the rest of the chapter after tearing up a few more times. After a minute for us all to recuperate a bit we began to reflect. As we discussed author’s purpose we wondered why the author had the story end this way. The students recalled that the book had been based on a true story the author had been told, so we reread the author’s note. “Things don’t always turn out how you expected,” one wise student shared. “Maybe the author knew that we are used to happy endings and he wanted us to know that not every ending is happy,” another student added. “He wanted to show how kind people can be,” another student shared.

I love to read aloud with my students and I choose stories run the gamut of silly to serious. I do not always take the time to have them share as much of their thinking as we do today, but it was impressive to hear how in the space of a few weeks these third graders have grown as learners. Reading their reflections afterward about the kind of readers they are and the kind of readers they want to be made me glad that we are building our community of readers day by day. We closed the day, later with The Not So Quiet Library and here we shared the laughs. A different feeling book, but building our reading community book by book.

Yesterday I had the day off (yes, another holiday in Malaysia), so I scurried off to pick up some groceries. When deciding where to live two years ago I planned to be car free. I had just come from years in Berlin, where not having a car was easy as the public transport was so excellent. Coming here everyone insisted, “You’ll change your mind.” “It’s impossible to live without a car in KL.” Truthfully the thought of me driving on the other side of the road with all of the traffic jams here and motorcyclists dashing aboout helped make me decide that me not driving was better for my sanity and everyone else’s safety. After being in the city for a few days and seeing the frequent traffic woes I knew that driving in that traffic would stress me out too much!

I decided I would live near public transport and amenities I wanted. I chose my apartment because it was not right in the heart of the city, but was still close by. There is  a bus stop right out front and a light rail line stop within walking distance. Without traffic, it would be only a 15-minute drive to school (taxis are cheap and plentiful, so that would be my car choice when public transport was not possible). It was also right next to a small mall with a grocery store, Starbucks, a hair dresser and more- the fact that several of my colleagues were also going to live there was a bit of a bonus too. There was a small wooded lot between the apartment and the mall, so in spite of being on a busy road, it seemed quiet enough.

Flash forward- they are building an overpass right between my building and the mall. It will ease the crazy traffic there (maybe), but in the meantime it is a big construction site. I love being able to walk to get things done, but yesterday was hard.

As I exit the apartment complex there is this “walkway”. The frequent rains flood it, but some kind soul laid a path yesterday. Without groceries, I made the leaps, with groceries I ended up muddy and wet.

This area used to be a deserted lot with a few trees.

The front building is where I live. The open area between the two apartment buildings is where the pool is.

The continuation of my “path”.

According to the information in my apartment building this project has another two years to go. I am hopeful that they will keep in mind that there are many of us in the neighborhood who walk to and from the mall, but here pedestrians are not so common, so I am afraid it may get worse before it gets better.

I like where I live and am not likely to make a move, but yesterday made it hard to believe that living next door to the grocery store did not necessarily mean that i could run out to the store on a whim. My car free plan is still in place, but…

This summer I fell in love with jars! I stayed with a friend in Berlin who introduced me to overnight oatmeal. You put together ingredients (oats, yogurt, milk, chia seeds, fruit, nuts) and shake the jar well. The jar sits in the fridge overnight and then in the morning you can eat it as is, or warm the jar. She mentioned that she had consulted a website  to get her started. I gobbled up her oatmeal happily on many days and as my summer progressed I shared the idea at other homes.

Upon returning to KL I finally looked at the website and saw so many recipes. There were also recipes for salads in a jar and I was intrigued. I told a few friends about my new interest and we were on the hunt for quart size jars for lunch. Eventually we all found our jars and we were off to a good start. Once each week is my “assembly day”. The salad is layered in the jar, with dressing at the bottom (my current favorite is roasted sesame). Next in is the protein and/or grain. Small, light items are next, followed by your larger items. To top it all off, add your greens. I put all of  the jars in the fridge and grab one on my way out the door each morning- voila, an easy lunch I can dump in a bowl at school. Because I can vary it in an endless variety of ways I am keeping it interesting. For years the majority of my lunches have school lunch, but so far this year I am glad to have made a switch. I am lazy by nature and do not like leftovers, so putting together a lunch always slipped off my “to do” list. With this new system lunch assembly is quick and easy- even I can manage it! Something that has surprised me is how long the salads stay fresh in a jar- wahoo!

Now that most of my breakfasts and lunches are automated, maybe I should move on to dinner. If you have ideas for me to try, please let me know!

This jar is sideways, sorry!